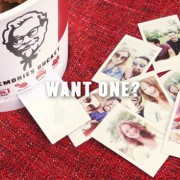 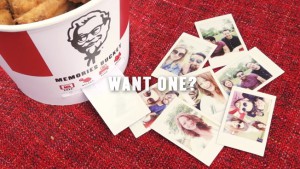 Ever go out with your friends and wanted to take selfies and instead of posting them to Instagram, you wanted those memories in hand immediately??

Well, KFC Canada and ad agency Grip Limited have just the novelty for you! The new “Memories Bucket” is a KFC bucket filled with chicken as usual, but is able to pair with your phone and print your pictures directly from the bucket. 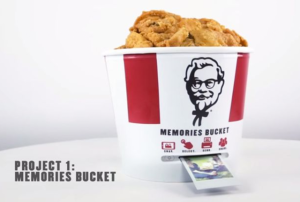 So, apparently the idea for the Memories Bucket came about while agency copywriter Jeff Collins and Social content strategist Matthew Stasoff were working on the campaign for the brand’s 60th anniversary in Canada.
The campaign is all about celebrating 60 years of memories in Canada, one meal at a time.

The KFC bucket is a very well known option for families alike to celebrate almost any intimate occasion, creating family and friend filled memories. Collins and Stasoff continued on to say that, looking at the newest generation of fans, many memories are shared and stored via phones and online and very few are tangible, so this concept of creating physical memories was very relevant for the campaign. 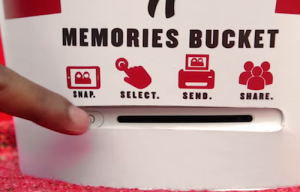 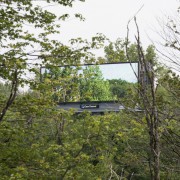 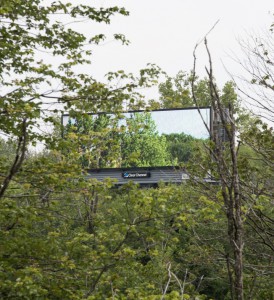 The world of social media and rise of the never ending Internet is soaring at it’s greatest, but that doesn’t mean that outdoor advertising, specifically billboards- is completely dead!
The latest response to billboards being out of sight, is exactly that – Seamlessly blending them into their surroundings.
Artist Brian Kane did a project called Healing Tool, which took over two digital highway billboards in Massachusetts. Healing Tool is a Photoshop tool that allows you to clone areas of an image to patch over other areas. Kan mimics this process by making the billboard space look like it’s surroundings. 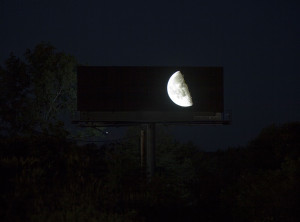 Kane says, ” The goal is to provide a moment of temporary relief and unexpected beauty during the daily grind of commuting”.

Kane writes on his website. “During the day hours, a series of images from the specific location are shown on the display. We replace the missing background and create a magic dimensional window. A dynamic motion parallax effect occurs as the vehicle passes the location.

“During the evening hours, high-resolution images of the moon are shown. Synced to the daily phase, people can view the moon despite the effects of urban light pollution. An image of the Milky Way is shown on new moon night.”
The changing images give drivers “something to look forward to: a curious and abstract narrative over time,” says Kane, adding that the project is a form of “unvertising.”
“By removing the marketing message from the advertising space, we create an unexpected moment of introspection,” he says. “People are allowed to interpret an image based on their own experience, and not necessarily with the singular focus of the advertiser’s intent.”
Via Osocio. 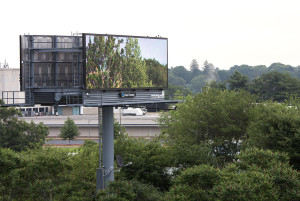 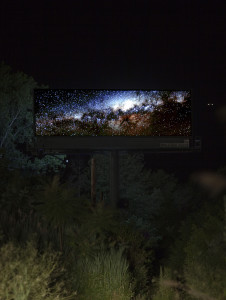 Yet another fantastic year and it’s Nelson Mandela Day, one of my personal most favourite days of the year. Last year we helped paint and bring love and laughter to a daycare centre in the South of Johannesburg, this year we wanted to go that extra mile. We visited an orphanage 45 mins away from our company premises to bring joy and nutrition to the kids at Bulamahlo Children’s Home in Thembisa. We provided this home of 31 children enough food and toiletries to help them through the rest of the winter season. 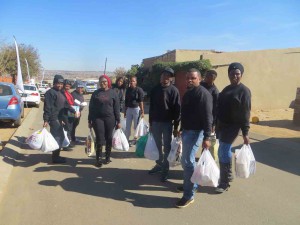 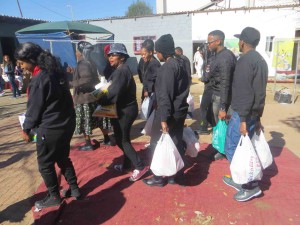 Our fantastic team got geared up in our awesome winter wear and prepared to see the amount of happy faces awaiting their stock. Upon arrival the caretaker of the home greeted us in song and took the time to tell us about the children’s home, how it all begun and it’s entire journey til this point in time. Although the home could use a lot of work, this amazing lady had already set up so much for the home to continue caring for under privileged kids. 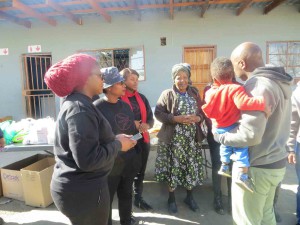