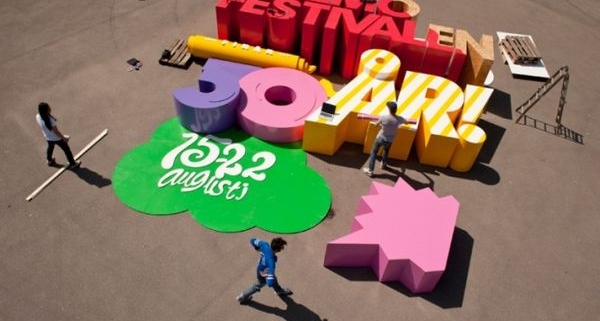 An agency in Stockholm called Snask, made a huge 3-D poster for their Malmo Festival which is a massive street fair that runs through the second half of August, probably every year.
The “poster” was made with giant 3-D letters, numbers and shapes which could easily be climbed upon by passersby.It took 14 people more than 900 hours to make, made from plywood, it turned out to be as glorious as anticipated.

Via Joquz and Design Taxi. Even though this artwork was referred to as a poster, we think it best be called a 3-D art piece. In order for one to view the entire image and actually read what this ad was about, you would have to be elevated up into the air at a certain level and appreciate the view.
See more images and the photographed poster below. When A Billboard Goes Wrong
Scroll to top