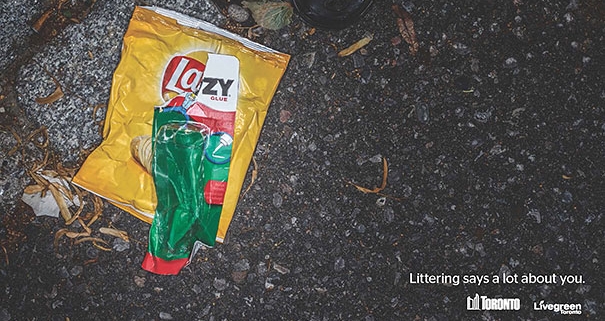 Alot of cities, all around the world suffer alot of pollution, mainly that of regular old street trash. An anti-littering ad campaign in Toronto, created a creative ad to help raise public awareness of the issue.
The city of Toronto Livegreen organisation’s newest ad campaign shouts it’s slogan at passers by- “stating that littering says alot about you”- by arranging street litter to spell put straight-forward derogatory  terms aimed at those who litter.
More info: toronto.ca (h/t: j0be) Social Media Will Take Over The World

Is It A Bird? Is It A Plane?
Scroll to top